Preparing for a Trip: The Honeymoon Meets Reality 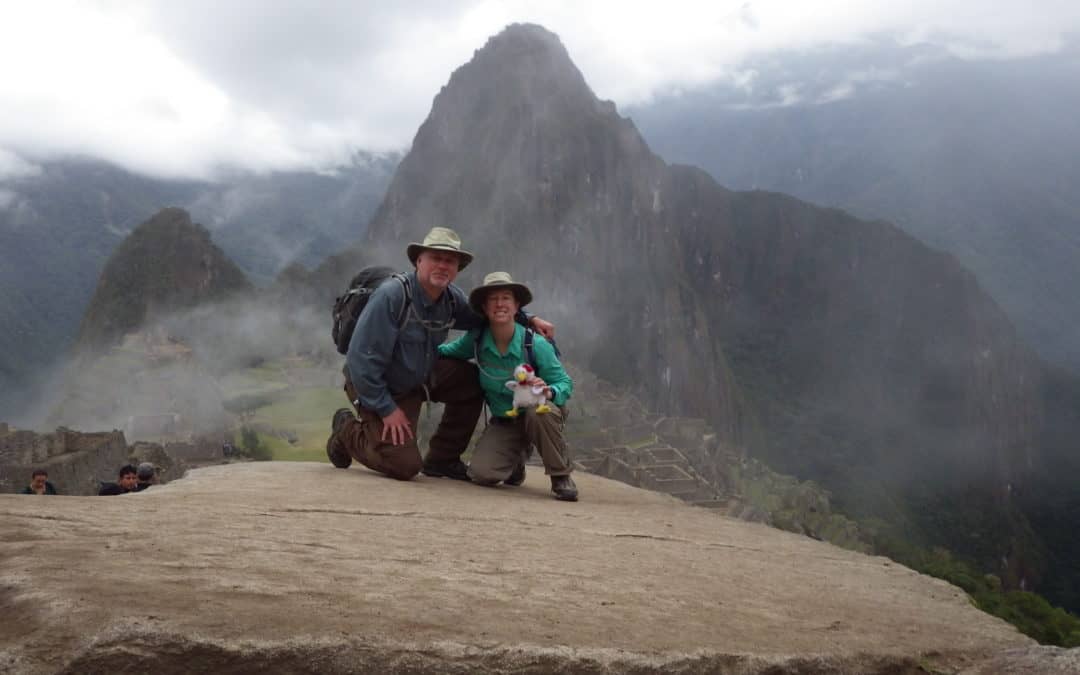 My poor husband knows when it’s getting to be “that time.” The travel bug is gnawing at my brain and I’m antsy to decide where we are going next.

It usually starts with me asking him where he wants to go, to which he replies with the same question. After 20+ years of planning trips together, he knows I usually have a few destinations in mind!

It’s that honeymoon phase. The destination looks amazing. There are so many cool things to see and do! Friends have told us about how great it is. The Instagram pics are gorgeous and the TripAdvisor reviews are glowing.

Then, as the planning goes on, the reality sets in. We have learned the hard way that if we (okay, I) try to cram in too much we will end up cranky with each other, possibly skipping something one of us really wanted to do, and/or just not enjoying the trip as much as we had hoped.

Our trips always include some physical activities – hiking, biking, snorkeling, kayaking, walking city streets or the beach. We both love exploring in cities and in nature. We enjoy experiencing the real local culture beyond the usual tourist spots. And we’re excited to sample new foods and beverages.

While we’re both pretty active, we still need to physically and mentally prepare for our trips. When you live in the mountains in Colorado, it’s almost mandatory to get out and enjoy the beauty! The fact is, though, we spend more time sitting in front of computers than we do outside on our feet.

Training for the Inca Trail

A few years ago we decided to go to Peru, including a 4-day trek on the Inca Trail. We normally hike several times a month, and have done a few multi-day hikes/backpacking trips over the years. we were going on a guided trip that included porters to carry the food and tents. So we probably would have gotten through the hike with no major issues.

We didn’t want to just “make it through” though. This was a big trip, and a big investment, and we wanted to really enjoy it as much as possible.

So we amped up our usual hikes over the months leading up to the trip so they got to be at least as long as the trip’s longest day.

Our training included hiking in places at higher altitudes since the maximum altitude for the Inca Trail route was around 13,000 feet. We’re lucky to be a short drive from trails near that altitude to get used to those conditions. We carried heavier packs than our usual day packs since we’d be carrying more gear on the trek.

When we met our guide and group before dawn on the first day, we were the oldest couple. The ages ranged from late 20s to my husband at 50+.

As we started up the first stretch of the trail the group quickly spread out. Up front were the younger guide and the younger members of the group.

My husband and I set out at our usual pace on the steady uphill grade – pretty similar to trails we hiked regularly. The older guide was behind us with a couple of others in the group.

We chatted as we walked, learning about our guide’s life growing up in Peru. He pointed out a few birds and unusual rock formations along the way.

After we stopped for lunch, the group order shifted a bit. Now my husband and I were in the middle – still keeping our steady pace. As we got closer to camp, we ended up passing some people in our group.

And as we reached camp, we realized we were with the lead guide, the first ones there! That wasn’t the goal, of course, though it did mean we got first dibs on our camp spot.

At dinner that night we chatted about the hike up. I was a little surprised at how worn out a few of the members of the group were. The upcoming days were going to be longer and steeper, so I wondered how they’d feel then.

Everyone made it, though each night it was clear who was feeling pretty good, and who was exhausted. And when there were options to explore additional ruins or hike out to a viewpoint, certain people always skipped it.

Making the most of the hike

On the last night we were talking to the older guide about what a wonderful job he’d done. I mentioned how badly I felt for one person who had suffered from altitude sickness and another who always lagged well behind the group.

The guide admitted that he scans each group to see who he’ll need to watch for fatigue and other symptoms. And he admitted that in his initial assessment, he’d mentally flagged my husband as one to watch!

We laughed and told him we’d prepared by hiking a bit more than usual with this trip in mind. He told us that many people on his trips don’t really prepare at all.

As with our group, he said most complete the trek. The alternative is returning to the start riding a donkey – yikes! Those who have physically prepared often enjoy the trip more, he noted.

His words have stuck with me over the years. Now I notice that in any given group some people are enjoying themselves and others are barely keeping up.

As I prepare for each trip, I think about what we’ll be doing and how to make the most of it. I adjust my routine to do more of the activities that we’ll be doing on the trip. Then I start my packing list pretty much as soon as I book the tickets!

I love helping others get prepared for their trips too. Often I’ll offer them tips about what to expect, and what they can do in the months and weeks before they go. I travel vicariously this way – envisioning what they’ll be doing, and anticipating how they’ll feel. And then when they get back and tell me what an amazing time they had, that’s the best part!

If you want some tips on getting ready for an upcoming trip, just send me an email at becki@trailblazerwellness.com!